I did the Australia-themed 50 Foods before. Here's a broader 100-food test, via archy:

Foods I've eaten in bold. Foods I'd like to try in italics.

In response to goofy comments on an otherwise sober and informative discussion of New Deal economics, I wrote:

Both of you are ignoring the evidence: time-traveling islamofascists replaced the Founding Fathers with body doubles and revised the Declaration of Independence and Constitution — abandoning the Articles of Confederation for ideological reasons — creating a quantum causality wave that made the otherwise erudite and wise George W. Bush stupid just in time for the 9/11 attacks, which were coordinated through suicide wormhole technology. This is why we can’t find Osama bin Laden: he’s actually hiding in a parallel existence, playing pinochle with his parallel self and waiting for the final victory to come. Barack Obama is another time-traveller, from a future of racial harmony and socialized medicine, who is working against bin Laden, but who nonetheless is also working against the interests of the real Founders who wrote the Articles of Confederation and then time travelled foward to lead the Confederacy.

I'm pretty sure that I'm kidding. But someone objected, and I had to go on:

I’m sorry you feel that way, but the chauvinistic tunnel vision of single-timeline American specialists just doesn’t encompass the reality of the multiverse the way we World Historians understand it. Like Hitler, we have a vision of a world unified under a healthy, vigorous, expansive Historical hegemony, and like Hitler, we will keep invading your blogs until you appease us with internationalism, then we will invade your other blogs, conferences, textbooks and seminars, anyway.

To which the blog host responded, quite appropriately, "It’s funny because it’s true."
Posted by Ahistoricality at 11:17 AM No comments:

In response to Daniel Larison's comment: "In the event that the officials responsible for these decisions were arrested or found guilty of crimes, that would not be a dark day, but rather the day when the sun has finally started to peak through the clouds of arbitrary and illegal government actions."

My fear at the moment is the blanket pardon, though it would have the advantage (long-term) of eliminating the fifth amendment dodge.

Most of my more substantive comments lately have been at Edge of the American West. In a discussion of the Vietnam War Memorial, I wrote:

My only complaint about the Vietnam Memorial is that it spawned so many imitators: listing names — or exact enumerations of victims (those stars on the WWII memorial?) — is now the de facto standard for memorials, more or less obliterating any chance at abstraction, inspiration or processing beyond simple grief.

Others have pointed out that name lists were common memorials before, which is true but not entirely the point.

In an earlier discussion about engagement between liberals and conservatives, I wrote:

Going back, if I may, to one of the original questions, not only are there substantial portions of this country where Republicans — often extreme ideologues — rule and reign, but there is a substantial network of institutions developed in the 70s and honed in the 90s which are devoted to the maintenance and development of right-wing intellectual and political figures. Scaife, Murdoch, Gingrich and others have created a way to ensure that the issues will not go away, that the ideas will find outlets and new expressions, and that we will have to contend with all this over again.

(and if you're wondering why I repost these, part of the answer is that I only got one response in that 200+ comment thread)

Finally, for now, in response to a fascinating history of a landmark work of modern art, I wrote:

One of the most wonderful things about the 20th century is that it became possible for obsession, intensity, creativity and temporary insanity to be expressed outside of the realm of religion.

I'm going back to my pre-election status: some quotations, some quizzes, ocassional pictures, and reposts of comments made elsewhere. Thanks very much for reading along, though!
Posted by Ahistoricality at 2:27 PM No comments:

To mark the fourth anniversary of the humble beginnings of this blog (Seriously humble, friends), I will note other blogs -- many of them blogs of considerably energy and high quality -- which have added me to their blogrolls, in spite of my attempts to take a hiatus and generally focus my energies elsewhere. These are roughly in the order that I noticed them. If you like what I do here, check them out; apparently they do to, and you might find them worthwhile. I do.

That's about it for new linkfriends. Not bad for someone who's mostly coasting, with the increasingly frequent, ill-tempered rant.

I'd also like to thank, with a link, the hardcore sources I've been reading on politics that I don't normally, and am going to go back to mostly ignoring:
It's been a good ride!
Posted by Ahistoricality at 3:31 AM 2 comments:

Time to settle up!

The long-running parlor debate is over. For years, political junkies both professional and amateur have amused themselves by arguing whether the US would first elect an African American, woman or Jew to the White House. It's over: an African American was first, and there's little doubt that a woman is much more likely than a Jew at this point. Jews now fall into the "miscellaneous Caucasian ethnic" category, probably less likely than Hispanics.

Anyone who had outstanding wagers on the subject is now required to hand over the money, booze, embarassing photographs, personal services or to undergo the appropriately noteworthy hair styling to which they committed themselves. I'm not much of a gambler myself, so I'm pretty sure I don't owe anyone anything.
Posted by Ahistoricality at 1:40 PM No comments: 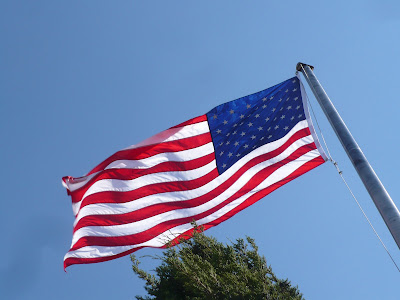 Update (11:10 pm, EST): Wow.
Update (11:21 pm, EST): Right in the middle of McCain's concession speech, my local Fox affiliate cut away to a "I've fallen and I can't get up" commercial. This is not satire: it really happened, and it was grossly inconsiderate, surreal.

I had to switch channels to see him say "Let there be no reason for any American to fail to cherish their citizenship in this, the greatest nation on earth."
Posted by Ahistoricality at 10:43 AM No comments:

Why do they call it Indian Summer?

This is the mildest autumn in an age, and the flowers are still blooming, the bugs are going nuts. There's still a world out there, when we get up from the desk.... 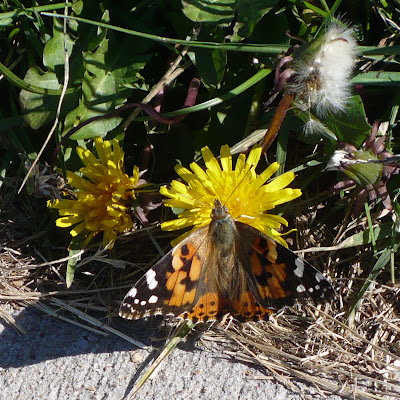 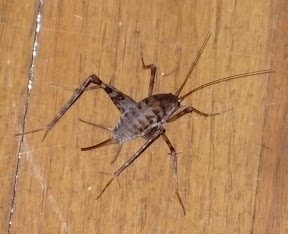 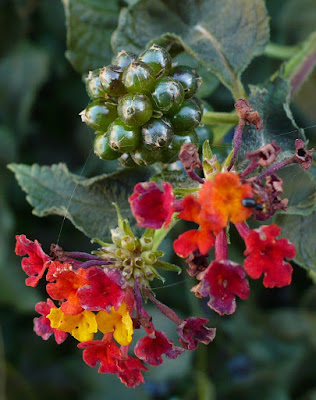 Posted by Ahistoricality at 11:46 AM 3 comments: