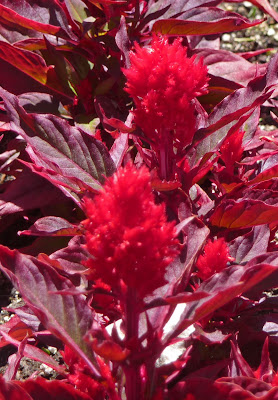 Posted by Ahistoricality at 9:38 PM No comments:

A friend suggested that we read the Texas Republican Party Platform [PDF]. Wow. Here's some selected comments from the experience. I skipped over most of the anti-abortion, anti-homosexual stuff because it's been widely reported. It's pretty bad, really. But there's even more odd stuff there.

There's some stuff in there that I kind of like:

The Government shall not, by rule or law, exempt any of its
members from the provisions of such rule or law.

This would mean that police officers would have to justify the use of force based on the same standards as the rest of us, and tasers would be considered assault with a deadly weapon.

Affirmative action falsely casts those who advocate merit as racist.

We support limiting the definition of eminent domain to exclude seizing private property for public or private economic development or for increased tax revenues.

Yup, capitalism can go too far.

The state should have no power over licensing or training of clergy.

I wasn't aware that any such restriction existed.

the Republican Party of Texas urges local government bodies to determine their own policies regarding religious clubs and meetings on all properties owned by the same without interference.

Didn't they want strict adherence to the Constitution earlier?

Either party in a criminal trial should have a right to inform jurors of their right to determine facts and render a verdict.

We urge Republican Senate leadership to ensure that a record vote is taken on every judicial nominee.

Ending the judicial filibuster? I'm there!

We support full disclosure of the amounts and sources of any campaign contributions to political candidates, whether contributed by individuals, political action committees, or other entities.

Transparency in politics? Not bad. But congressional Republicans just turned down a chance to do this, so the Texans must be DFHs.

We support repeal of all Motor Voter laws; re–registering voters every four years;

Because too many people just show up and vote!

We urge changing the Election Code date of filing for the March primary from January 2 to the second Monday in January.

We support adoption of American English as the official language of Texas and of the United States.

I've taught kids from Texas: this could be good!

We call upon governmental entities to protect all symbols of our American heritage from being altered in any way.

Yeah, like turning the Alamo into a theme park, and American Flag Swimsuits.

That sounds painful: I think they're doing it wrong.

Also, they have clauses against both RU-486 and the Morning After Pill. Nobody there, apparently, realized that they were the same thing?

Hmm. They're against gambling, but they're in favor of individual retirement investment accounts -- stock market gambling -- instead of social security.

We support the availability of natural, unprocessed foods, which should be encouraged, and that the right to access raw milk directly from the farmer be protected.

Wouldn't you rather get it from the cow? Oh, the farmer and the cowman will be friends....

We advocate equal educational opportunity for all students and the requirement that children with special needs be educated commensurate with their abilities.

Except for the bit about removing learning disabilities from the ADA....

Here's one for the professors!
We support Texas’ colleges and universities use of the same or substitutable textbooks for ten or more years in order to bring costs to students down and maintain some residual value for used books. We oppose restrictions on use of textbooks for multiple years, such as requiring annual access codes.

Granted, the two-year replacement cycle for textbooks is a bit out of hand, but would you want to use textbooks from 10+ years ago in your field?

Also, later: We support the removal of the system of tenure in Texas state colleges and universities.

I have my doubts about tenure, mind you, but I think they're going to have a problem with contracts....

We urge Congress to repeal government-sponsored programs that deal with early childhood development.

There's something about 'self-sufficient families' earlier: I guess this is part of that.

As a prerequisite, we urge passage of a constitutional amendment
prohibiting imposition of state regulations on private and parochial schools

That's a level of school choice that goes well beyond anything I've ever seen before.

We support the parents’ right to choose, without penalty, which medications are administered to their minor children. We oppose medical clinics on school property except higher education and health care for students without parental consent

Aside from the grammatical hash of the last sentence, how much medical freedom are we talking about here? Also, I'm pretty sure there's no medical care for minors without parental consent already. At least based on the paperwork I've seen.

So, they can take any medication their parents approve of, but they can't eat junk food.

We pledge our influence toward a return to the original intent of the First Amendment and toward dispelling the myth of separation of church and state.

We support the individual right to enter into real estate contracts without Government interference or regulations.

You know that's about compacts and restrictions, right?

Child abusers should be severely prosecuted. However, we
oppose actions of social agencies to classify traditional methods of discipline as child abuse. We support enactment of a homicide-by-abuse statute that provides punishment for abusing a child to death without intent of killing.

Ick. What I can't tell from the platform is if "homicide by abuse" should be punished more or less severely than other forms of murder: is it more like involuntary manslaughter, or murder with special circumstances?

They also want to replace all taxation -- income, property, whatever -- with sales taxes, except for internet transactions (at least, I think that's what they mean. They might just be opposing those 'government will tax your email' chain letters, though).

Here's one of my favorites:
We strongly believe that the United States of America must protect and defend its national sovereignty as given in the Constitution to the people and remain free of external control or influence and be governed independently of any foreign power, especially with regard to the formation of the North American Union/Community as proposed by the Council of Foreign Relations (CFR). ... later: We oppose relinquishing United States supremacy to any foreign powers on our soil. We support prohibition of all foreign or international military bases within the United States.

Yes, the Texas Republican Party Platform is written by people who believe chain letters. Later, they oppose one-world government and one-world currency, along with withdrawl from the UN and expulsion of the UN from US territory. On the other hand, they want to reinvigorate NASA's moon program, so it's not all bad!

Recommittment to the wars in Iraq and Afghanistan, intervention into the MidEast (by declaring Jerusalem the capital of Israel) and Asia (by declaring Taiwan a sovereign nation) that are sure to get us even further into trouble. Gotta love the foundations of their foreign policy: "Our policy is based on God’s biblical promise to bless those who bless Israel and curse those who curse Israel and we further invite other nations
and organizations to enjoy the benefits of that promise."

There's a legislative summary at the end, which is oddly inconsistent with the body of the platform.

Posted by Ahistoricality at 3:06 PM 6 comments:

Who goes to an amusement park and takes pictures of flowers? Yeah, me. 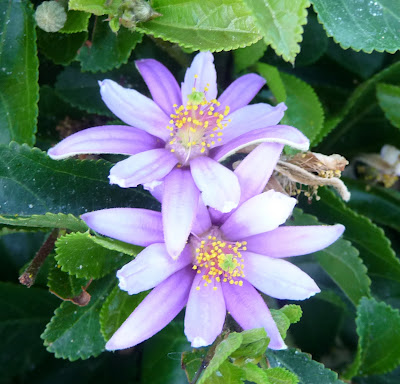 Posted by Ahistoricality at 9:35 PM No comments:

Email ThisBlogThis!Share to TwitterShare to FacebookShare to Pinterest
Labels: flowers, pictures by ahistoricality 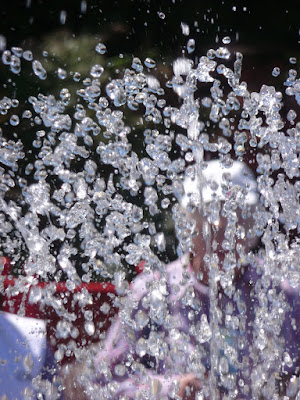 Posted by Ahistoricality at 9:32 PM 2 comments:

Email ThisBlogThis!Share to TwitterShare to FacebookShare to Pinterest
Labels: pictures by ahistoricality, water

In a discussion of the conference readjustment going on in NCAA football, I predicted that

For every school president that ’sees the light’ and goes against alumni and conventional wisdom to shift funding, there’ll be two whose fundraising office and resume-building impulse will lead them to double-down on the athletic bet.

To be fair, I've known college and university presidents who were academically serious, ethical, farsighted and responsible. Even they had major investments in athletics, and often little control over the athletic departments. I've also known presidents who were fickle, ambitious, self-serving and borderline stupid, and the only thing that kept them from investing more in athletics was ... well, nothing, but the limits of the budget and need to maintain the fig leaf of accreditation.
Posted by Ahistoricality at 12:05 PM No comments:

So, who goes to an amusement park and takes pictures of birds? Yeah, me. 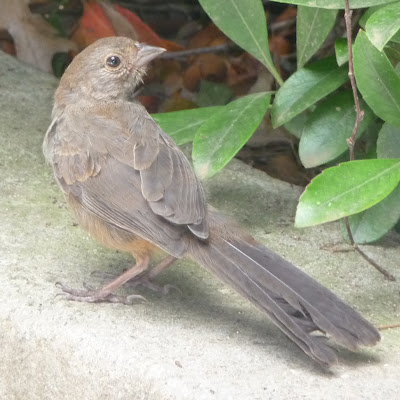 Posted by Ahistoricality at 9:28 PM No comments:

Email ThisBlogThis!Share to TwitterShare to FacebookShare to Pinterest
Labels: bird, pictures by ahistoricality

Terry noted an attempt by anti-immigrant groups to invoke environmental rhetoric in defense of their racism. I responded:

They tried this tack with the Sierra Club a couple of years back: a bunch of anti-immigrant activists began running for positions on the board, conflating these issues, and came awfully close to having some real influence on environmental activism.

We do have a bit of a catch-22 here: if everyone wants to live like we do, the planet can’t sustain it. Either we have to accept and enforce gross inequality, or we have to accept that our material standard of consumption will decline as the rest of the world becomes more economically successful. These yahoos want to do the former.

Posted by Ahistoricality at 12:09 AM No comments: