It's been one year since the Iowa Supreme Court legalized same-sex marriage in Iowa. Has civilization crumbled yet? Has Iowa suffered any significant declines or setbacks related to this?

I'm just wondering.
Posted by Ahistoricality at 10:32 AM 3 comments:

In response to a particularly egregious David Brooks false equivalence, I wrote:

The two parties have drifted further to the extremes."

What? The Republican party certainly has eviscerated it's own middle, but the Democratic party has, if anything, expanded its 'big tent' to include even more of the moderate middle muddle to the point where 'extreme' (i.e. liberal and progressive) views are being marginalized.

Tweetle Beetle Paddle Battle references are left as an exercise to the reader.
Posted by Ahistoricality at 1:09 PM 1 comment:

In a discussion at Acephalous about Sarah Palin's recent speech in Hamilton, Canada, I wrote

...the whole performance really has to be taken in context to be understood. It's a collage of elements picked up in her rise to Governor, the pregnancies, the VP run, the post-election scandals and resignation, the palm-writing incident -- and that says everything to me, that she's still flogging that hand-note schtick as though it were actually funny, as though she'd scored points somehow instead of embarassed herself and her party (R or T, whatever). That speech is the sum total of her experience, politically and personally, without editing or organization (I defy anyone to outline that monstrosity!) except that she is at the center, that she has never been wrong, and that her place in the world is in service to a greater good. Which is why she's not going away.

It's really worth reading the speech. There are a few public and academic figures I've known who seem to defy experience and get worse at public speaking as time goes on. I'm not sure how that happens, but it does.
Posted by Ahistoricality at 1:21 PM 1 comment:

Add protein (or not). Simmer. Add peppers at end. 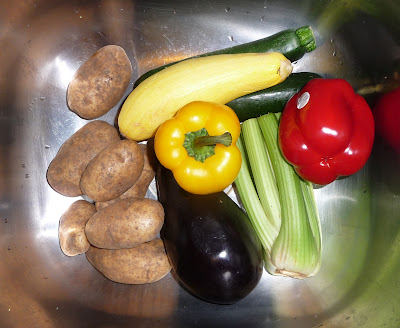 Quiz: The Only American Emperor

Which Historical Lunatic Are You?
From the fecund loins of Rum and Monkey. [via]
I first learned of Emperor Norton, as so many of my generation did, through Neil Gaiman's Sandman
The bio offered by the quiz accords quite well with Gaiman's version:

Born in England sometime in the second decade of the nineteenth century, you carved a notable business career, in South Africa and later San Francisco, until an entry into the rice market wiped out your fortune in 1854. After this, you became quite different. The first sign of this came on September 17, 1859, when you expressed your dissatisfaction with the political situation in America by declaring yourself Norton I, Emperor of the USA. You remained as such, unchallenged, for twenty-one years.

Within a month you had decreed the dissolution of Congress. When this was largely ignored, you summoned all interested parties to discuss the matter in a music hall, and then summoned the army to quell the rebellious leaders in Washington. This did not work. Magnanimously, you decreed (eventually) that Congress could remain for the time being. However, you disbanded both major political parties in 1869, as well as instituting a fine of $25 for using the abominable nickname "Frisco" for your home city.

Your days consisted of parading around your domain - the San Francisco streets - in a uniform of royal blue with gold epaulettes. This was set off by a beaver hat and umbrella. You dispensed philosophy and inspected the state of sidewalks and the police with equal aplomb. You were a great ally of the maligned Chinese of the city, and once dispersed a riot by standing between the Chinese and their would-be assailants and reciting the Lord's Prayer quietly, head bowed.

Once arrested, you were swiftly pardoned by the Police Chief with all apologies, after which all policemen were ordered to salute you on the street. Your renown grew. Proprietors of respectable establishments fixed brass plaques to their walls proclaiming your patronage; musical and theatrical performances invariably reserved seats for you and your two dogs. (As an aside, you were a good friend of Mark Twain, who wrote an epitaph for one of your faithful hounds, Bummer.) The Census of 1870 listed your occupation as "Emperor".

The Board of Supervisors of San Francisco, upon noticing the slightly delapidated state of your attire, replaced it at their own expense. You responded graciously by granting a patent of nobility to each member. Your death, collapsing on the street on January 8, 1880, made front page news under the headline "Le Roi est Mort". Aside from what you had on your person, your possessions amounted to a single sovereign, a collection of walking sticks, an old sabre, your correspondence with Queen Victoria and 1,098,235 shares of stock in a worthless gold mine. Your funeral cortege was of 30,000 people and over two miles long.

The burial was marked by a total eclipse of the sun.

Posted by Ahistoricality at 3:33 PM 3 comments: 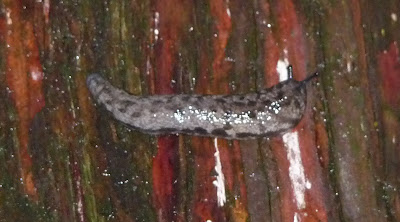 Posted by Ahistoricality at 12:22 PM No comments: 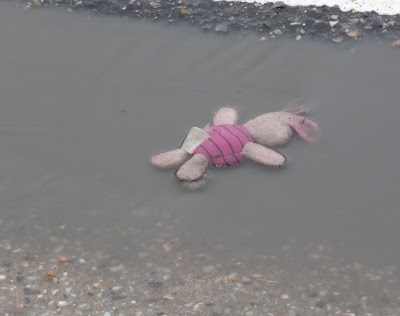 Posted by Ahistoricality at 12:20 PM 4 comments: