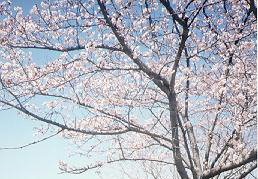 John Patrick has awarded one of nine eCherry awards to yours truly, for my haiku

And, though I don't read him regularly, his post just a few below the awards on How to be Catholic in the DaVinci Code era is a fantastic corrective to a lot of the lowbrow handwringing

The Church itself tests my faith far more than the DaVinci Code, or Dogma, or anything that Hollywood markets to Protestant America. If you really want to test somebody's faith, if you really want to see some cages rattled, you wait until an angry, practicing Catholic makes a movie.
...
RB once asked me how I can disagree with the Vatican and still call myself a Catholic. "Isn't religion all-or-nothing?" he asked. Answer: that is a protestant attitude toward religion; I am not a protestant; no, religion doesn't have to be all-or-nothing, what an odd assumption. I guess that would explain why you'd have to leave and start your own church!

It reminds me of something which I'd more or less forgotten for a while: I'd always felt that Jews and Catholics have a special affinity. (Ignoring, for a moment, the historical relationship, because sometimes it doesn't help) There's a huge theological gulf between the two faiths, of course, but there's also a remarkably congruent attitude towards faith within them: both of us are old, diverse communities with deep and complex histories, struggling to maintain unity out of massive differences and changes; both of us have rich legal and ritual traditions that are reasonably well known but praxis which is much more varied; both of us have a decidedly simplistic and somewhat negative public image, as well as considerable internal tensions which we prefer to keep internal.

For what it's worth, like John Patrick, I used to find it easier to talk about religion with Catholics than with Protestants. I don't know that it's really true anymore; most of my on-line friends seem to be devout atheists, while I'm more of an old-fashioned Jewish agnostic. But I do empathize.

Update: Karen Armstrong is pretty much my favorite religion writer, and she's got some sharp views on modern religion, anti-religion and the wisdom of agnostic transcendant views of God. Again, she comes from a Catholic perspective, teaches at a Jewish seminary, studies Buddhism seriously and is an historian. No wonder I like her.
Posted by Ahistoricality at 4:19 AM

Wow, I like it when you quote me, it makes me feel really smart!